To be honest, I only had a cursory knowledge of Voltron going into DreamWorks' new animated reboot Voltron Legendary Defender. I mean, I knew the basic premise of "five lion robots come together to form one giant robot," but that was pretty much it. The big draw for me was the creative team, led by Avatar: The Last Airbender and The Legend of Korra alums Joaquim Dos Santos and Lauren Montgomery. That's not to mention Avatar/Korra's Studio Mir spearheading the animation. 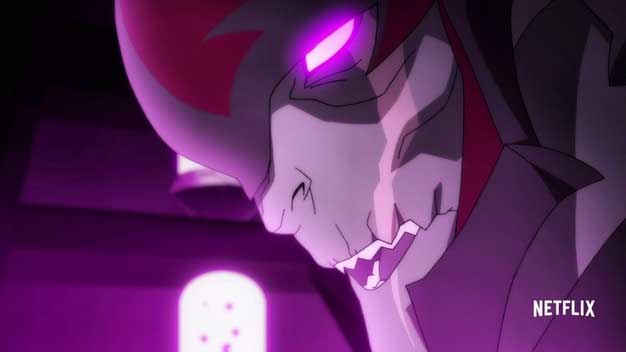 Voltron: Legendary Defender Official Trailer
But after marathoning the entire season in a one sitting, I can definitively say that I am now a Voltron Fan. While I can't speak to how closely the new show sticks to the source material, Dos Santos and Montgomery's passion for the original series clearly comes across in Legendary Defender, and the result is an epic, funny and vibrant take on the beloved '80s cartoon. 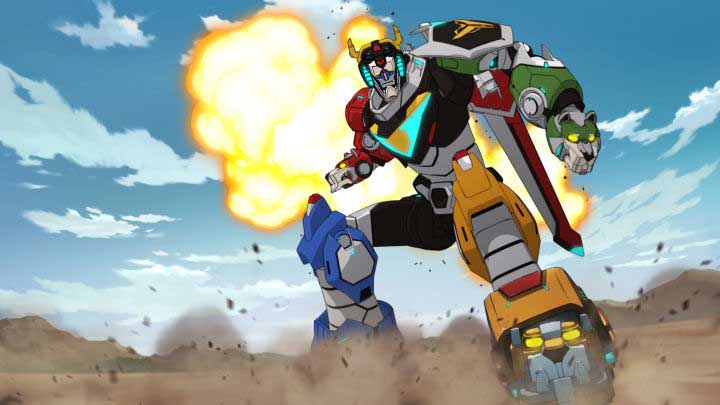 Still image from Voltron Legendary Defender
Obviously, the main highlight of Legendary Defender is the animation, which is simply stunning. Right off the bat you can tell that this was made by the same folks who did Avatar and Korra, as the art style is clearly influenced by those shows. However, Voltron leans even more heavily into its anime roots and frequently exaggerates character features to make them really "pop."
The storyboarding is also impeccable and perfectly captures the dynamic feel of a sprawling space opera. In a market flooded with CG animation, it's refreshing to see a hand-drawn TV show get this much love and attention from studios. While a lot of the mech stuff is cel-shaded, the technique has never looked better than on Legendary Defender, and it all blends really well with the traditional animation. 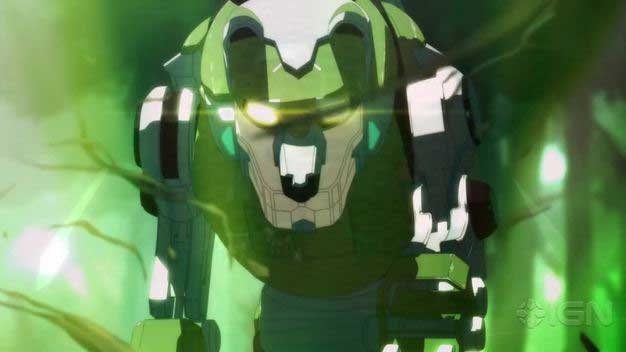 Voltron Legendary Defender Official Sizzle Reel
Not unlike Avatar and Korra, Voltron's characters are incredibly well-drawn, and each member, or "Paladin," of the team brings a unique flavor to the group: Shiro is the determined leader, Lance thinks he's a ladies man, Hunk loves food, etc.
Season 1 also features some great pairings, providing both hilarious and emotional moments. For instance, Lance and Keith have an ongoing rivalry that brings about some funny jabs and one-upmanship. Meanwhile, Shiro and Pidge share a common bond, which leads to one of the biggest surprises of the season. (You'll know it once you've reached the end of episode three.) Then there's Allura, who starts out as a stereotypical princess but eventually comes into her own (and, in some ways, becomes the leader of the group). Of course, it helps that all the voice stars are top-notch. 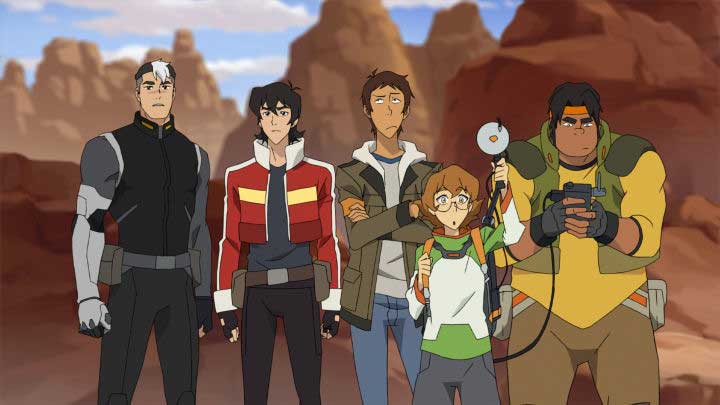 Still image from Voltron Legendary Defender
Perhaps not surprisingly, the series' storytelling is excellent. When the showrunners said Legendary Defender was highly serialized, they weren't just blowing smoke. Like I said, the character relationships are wonderful, and the Paladins learning how to work together as a team is one of the high points of the season. Plus, almost every episode adds a new twist to the story, be it a wrinkle in a character's history or a previously undiscovered weapon.
It's also worth mentioning that Legendary Defender is tailor-made for binge-watching, and feels less like a TV show and more like one, big movie. Like a lot of Netflix Original Series, Voltron's episodes don't really have "endings"; they just kind of stop and go into the next one, which really makes the season fly by. Unfortunately, that's also a byproduct of the finale, which cuts off right in the middle of a big action scene. The ending is so jarring, in fact, that I had to double-check to make sure it was the last episode -- which I guess on some level is a good thing because I desperately wanted to see more. Pacing-wise, though, it felt like the rug was pulled out from under me. 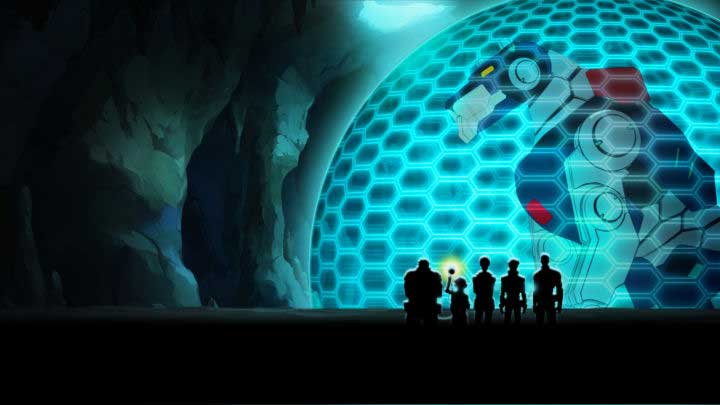 Still image from Voltron Legendary Defender
Really, my only other gripe with Season 1 is that the villains are pretty underdeveloped and lack depth. Don't get me wrong, they're all expertly voiced, and the battles are spectacular -- particularly the Robeast fights -- but characters like Commander Sendak (Jake Eberle) and Haggar (Cree Summer) don't really make an impact, and their motivations are expressly one-dimensional. Granted, the final episode hints at something deeper for Zarkon, but it's not explored in this.

Still image from Voltron Legendary Defender
That said, these are only minor quibbles in an otherwise amazing season of television. All too often it seems like the go-to approach for franchise reboots is to make them darker and grittier, but Legendary Defender happily ignores that trend and embraces the fun and silliness of the original Voltron, while also creating its own fantastical adventure. Also, shout-out to composer Brad Breeck, whose ethereal, synthy score drives that feeling home.

The Verdict
DreamWorks Voltron Legendary Defender delivers exactly the kind of show you've come to expect from the amazing creative team behind The Legend of Korra. Not only is it a great entry point for Voltron newbies like myself, but I suspect longtime fans will also appreciate the show's character-driven storylines -- if not as an update to the original series, then as its own unique space opera. While the villains could stand to be fleshed out in a Season 2, Legendary Defender is too rare a gift not to be watched in full. It's certainly made a fan out of me.