The Producers Of ‘Voltron: Legendary Defender’ Talk About Reviving An ’80s Classic 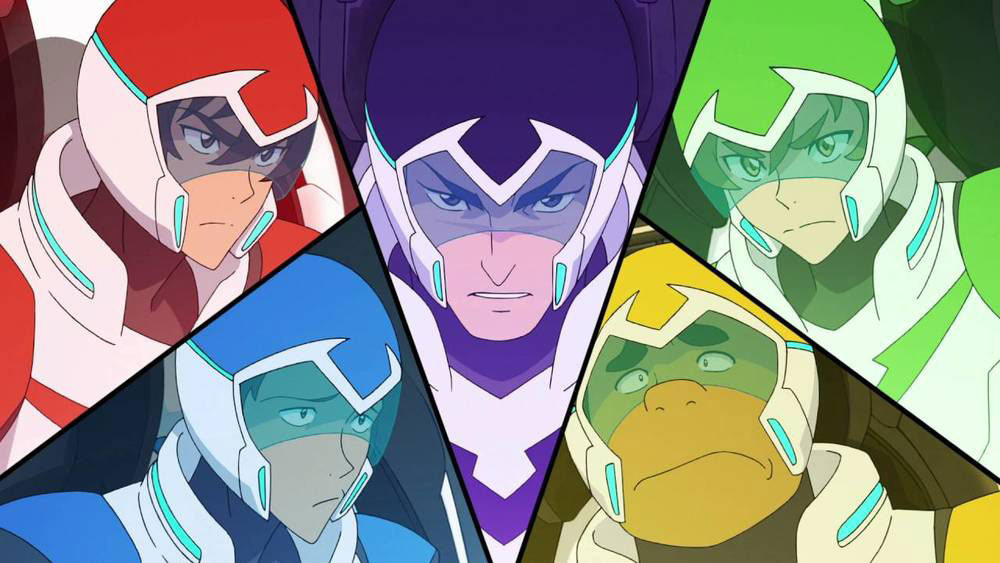 Voltron: Legendary Defender is, in many respects, very much a new version the cartoon ’80s kids know and love. But in other respects, especially how it tells a story across its whole season, it’s something new. We had a few minutes with producers and longtime animation veterans Joaquim Dos Santos and Lauren Montgomery to talk about how making an animated series for Netflix is a step away from the usual, and what goes into reviving an ’80s classic with a strange past.

Voltron has an unusual history in that it’s really two series, changed for American audiences. What opportunities and challenges did that present developing the new series?

Lauren Montgomery: Not really too many. Ultimately our goal when developing the series was to make the best show we can. We watched the original show and took what we could from it. But we’re starting from a new place, so we were able to fix some of those things and fill in some of those gaps.

Joaquim Dos Santos: For us it was very, very broad strokes. Even the story had to pass the squint test. Fans of the original show should recognize it.

What are some of the differences between developing a show for Netflix versus, say, airing it on a network?

Montgomery: The nice thing about Netflix is that allows us to have a more serialized story. When you’re usually dealing with a network, a high level of serialization isn’t a good thing. If it airs out of order, viewers can’t understand it, it doesn’t rerun as well. To us, it was this thing that was slightly out of reach. So to get this opportunity to embrace serialization, a story where not everything gets solved in one episode, it’s exciting!
Dos Santos: We’re geeks for story. We really appreciate shows like Battlestar Galactica with the big epic storylines. And this is an experiment, we’re the first out of the gate with kids animation with this level of serialization.
What had to change during the process of building the show to get that arc?
Dos Santos: It’s tough because there’s a learning curve not just for us, but at the executive level. Some of the notes we got early on were uncertain on how far we can push things. But there are things we knew that would pay off in later episodes. There’s been a learning process all around, and it affected the way it approached story. It’s allowed us this breathing room.
You combine hand-drawn animation and CGI here. How do you mix two different animation styles?
Montgomery: It’s definitely no easy feat. Luckily we’re working with Studio Mir, the animation studio we trust most in the world. It allows us to rest easy. Definitely things have to be taken into account, that we’re not overtaxing the animators. CG shows have a limit to how many characters can be on screen at one time. It’s a little more complex than if you were doing all 2D or all CG.
Dos Santos: We tried to integrate the CG into the 2D to make it seamless. We had to strip things back so that it would mix. When the CG is too textured, it stands out from the hand-drawn elements. A lot of it was about stripping it down and pairing it back. It’s tougher than you think! [Laughs.]
The show’s full of action. How do you go about building an action sequence in a cartoon?
Dos Santos: It’s tough! It’s a very different type of show from the other shows we’ve worked on, [they] were martial arts-based, human-on-human action. We’ll have giant space battles, giant robot fights, and the occasional paladin-on-alien fight. We have so many fights to so many different degrees. We were lucky to bring on some of the best directors in TV animation to make sure the staging is solid, and we’ve worked with them long enough, we have total faith in their capabilities.

The design of Voltron is a nice balance between updating and sticking to the classic design. How’d that come together?

Montgomery: There was definitely a lot of back and forth in that. There are a lot of other things that were out in the world now, like Power Rangers, that you need to set yourself apart from. But you don’t want to throw away the original Voltron! It was really important to us that when we went to redesigning this guy to keep the essence of the original characters. One thing that was important to us was to make him very tall. Many American robots are square, as tall as they are wide. I remembered Voltron as very tall. We looked at the original Gundam designs and the updated ones.

Dos Santos: The cool thing about the newer robot designs is that they almost have a sense of anatomy to them. Obviously that die-cast toy was a big image. But when I think of Transformers, the ones I adhere to were the ones where the artists gave them some sort of figurative elements. He’s got a bunch of subtly curved lines.

You talked about height, and I know keeping a sense of scale is tough.

Montgomery: It’s tricky for sure! We definitely took liberties at points, but we definitely thought about how big Voltron is compared to his lions, and to a Robeast. We tried to set up a scale for the show, but there are definitely times where you have to cheat it.

Dos Santos: You have to police it. We were just watching an episode, we were looking at the storyboards and were thinking, “We’re losing the sense of scale here.” But from time to time, Voltron needs to do some crazy stuff, and as you’re passing that storyboard along to the animator, they have to take liberties. It’s tough in TV especially, we don’t have the luxury of going over episodes over and over again, it’s almost a guerilla situation where you have to push ahead.
BY: DAN SEITZ 06.06.16