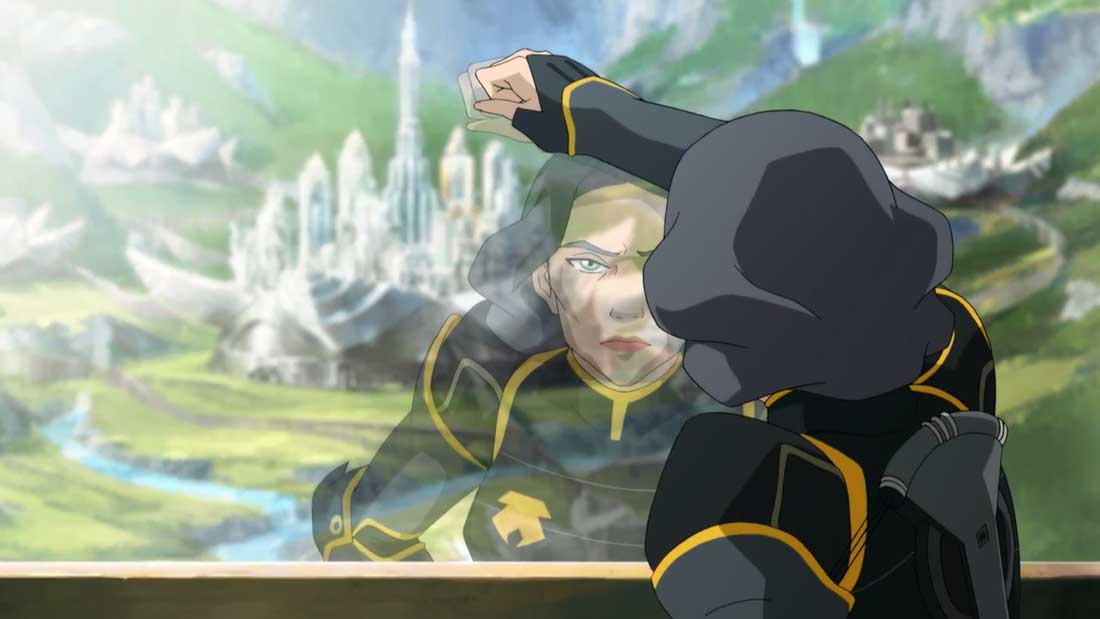 Having not seen the Avatar in action for most of the season, the episode lets explode on screen like water behind a crumbling dam. There’s a comic book splashiness that Studio Mir gets away with. Lin and Su swinging through flames, Tonraq slamming his ice dagger into a million slow-motioned bits, or Zaheer’s first flight — the action builds furiously without skimping on the painterly framing. Even blink-and-you’ll-miss it moments hang in the air because of their visual stamp. Su trapping P’li in a headcage moves at the accelerated pace of the battle. But it registers. The magic of animation.

Studio Mir’s blend of 3D and 2D animation for Korra and Zaheer’s aerial battle is remarkable. Twirling around characters as they zip around the sky, finding pockets of steadiness in a whirlwind fight… it’s everything rapid ‘DBZ’ fans wished they were in for each week. ‘Legend of Korra’ teaches us the importance of a medium shot. With Hollywood hardwiring our brains for shaky cam, close-up action that covers up non-fighter actors, or goes as wide as possible for scenes of mass destruction (and CG galore), animated action allows directors to frame exactly where they want to for maximum impact. The sky battle is coherent because of this detail, but it works elsewhere too. Asami gets a glorious power glove attack. Mako’s encounter with Ming-Hua can dance from hand-to-hand combat to the waterbender’s signature octo-pose to a blissful moneyshot, Mako finally electrobending his way to safety. Beats throwing a toaster at the water assassin.