Has ‘The Legend Of Korra’ Created A New Television Genre? 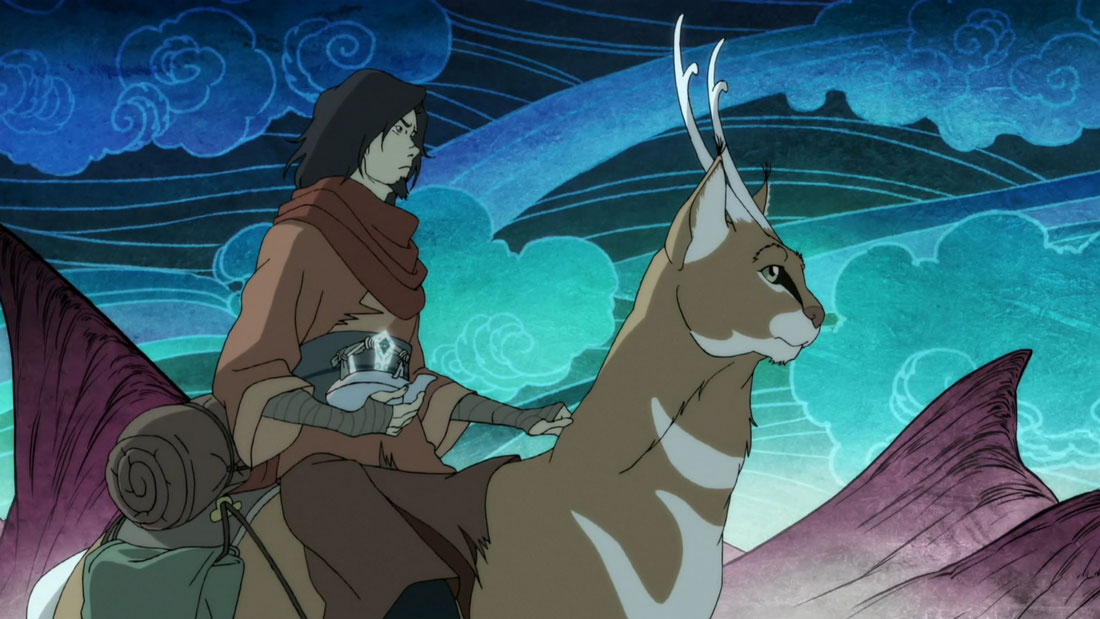 <Avatar: The Last Airbender> was a game-changing series for Nickelodeon and for animated series as a whole. It was the first time there was real data to support the claim it wasn’t just kids watching these programs. Not wanting to risk losing its new-found audience demo (adults 18-49), Nickelodeon put into production The Legend of Korra. Like any announcement of its type, there were many skeptics who questioned if Korra could recapture the magic of its predecessor. Could The Legend of Korra be as sweet, charming and developed as The Last Airbender? When the series premiered last year we got our answer, but not the one we were expecting. Instead of trying to recapture the sweetness of Last Airbender, Korra took a much riskier, more mature approach to its stories. And through this approach, mainly with the second season, The Legend of Korra accidentally created a whole new genre of television: animated drama.

War profiteering, neutrality tactics, propaganda filmmaking, foreign occupation, the weakened influence of spirituality in an age of modern living, these aren’t chapters in a history book; they’re just some of the themes explored in the second season of The Legend of Korra. Season two was one of the darkest pieces of storytelling this year, taking Empire Strikes Back level arc shifts that see everyone defeated and unsure of a future that isn’t covered in pure darkness. It’s cool. It’s risky. But most of all, it’s revolutionary.

One could point to series over the years that surely skewed upwards in age: Batman: The Animated Series, Gargoyles and even The Last Airbender itself. All these series contained more mature themes than that of their animated brethren, but none of them ever attempted what Korra has this past year. Even The Last Airbender never went as dark as too allow the bad guy to be victorious. The Legend of Korra on the other hand has flipped the spectrum and is instead a dark show with moments of light humor spread throughout. Perhaps the most apt comparison for The Legend of Korra’s tone is acclaimed series Breaking Bad.

Thanks to the likes of Bolin, Bumi, Ikki, and Meelo, The Legend of Korra keeps the audience engaged through humor as the world falls into chaos. Some examples that come to mind are Bolin becoming a propaganda movie star while Korra fights to recall her life as the avatar, the gang speeding away from Eska at the end of an episode, and Bumi single-handedly destroying a military camp as Unalaq attempts to free the dark spirit Vatuu from his imprisonment. Through these momentsThe Legend of Korra’s able to tell some of the darkest, most mature stories ever committed to screen by an animated program. At no point does it pander to its younger audience, nor does it try to be more than it is. Instead, Korra just tries to be good, and succeeds. But by ultimately choosing to be itself, the series has created something wholly unique to the world of television.
The Legend of Korra is unlike any other show on the air and any series that came before it. It truly feels like the first time an animated series has attempted to be something dramatic and dark. That’s not to say every series should act this way, surely similar age-skewing programs like Adventure Time benefit from their lighter tone. But for a series that should have been nothing more than a franchise cash grab, we’ve been given a show that’s never been seen before. We’ve been given the world’s first animated television drama.