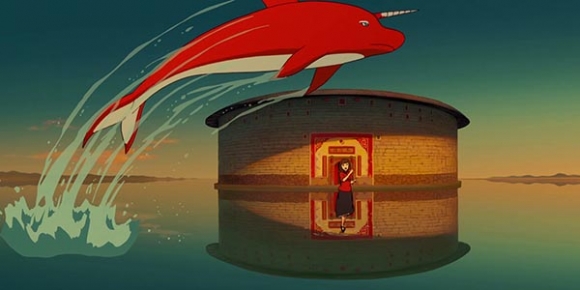 As the Korean release date is set for the long-awaited fantasy animation , its recently released first Korean trailer is creating a stir online.

is a fantasy tale set in another world, invisible to human eyes, and inhabited by other beings who can control time, weather and the seasons. This world’s sky connects to the bottom of our world’s ocean, and human souls appear like whales swimming across the other sky. The otherworldly girl Chun is the “begonia” of the tale, and a human boy named Kun is the “big fish.” Amidst the immortal characters and mythic events, the ultimate Romeo & Juliet story plays out between opposite realms of existence. It has garnered over 90 million dollars domestically. It is a B&T studio film in collaboration with Studio Mir, its music by Japanese composer Yoshida Kiyoshi.

This movie will be released in Korea in June 15.