Nightmare of the Wolf captures the soul of The Witcher, even without Geralt 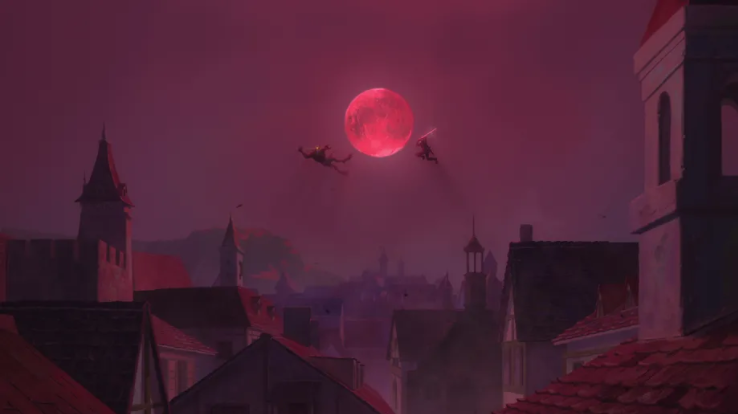 Netflix’s new anime is made for fans, not so much newcomers

If there’s one thing that ties the many iterations of The Witcher together — whether it’s the original books, the hit games, or more recently the live-action show — it’s Geralt of Rivia. The lovably miserable monster hunter is the core of the series in a way that’s rare for fantasy, which often follows stories bigger than just one person. But that’s also what makes Nightmare of the Wolf, an anime spinoff on Netflix, so interesting. It’s a prequel that shifts back in time to focus on Geralt’s mentor Vesemir, who can feel like the polar opposite of his protege: charming, playful, and with a voracious appetite for the finer things in life.

It’s a refreshing twist that also does a good job of exploring some of the mysteries at the heart of The Witcher universe, without getting away from the hallmarks of the series. Nightmare of the Wolf might not be the most welcoming starting point for the franchise, but it’s a whole lot of fun.

The anime movie jumps back and forth in time, focusing on Vesemir’s life during two key points. Initially, it’s mostly about his upbringing and what led him to life as a witcher (which, for the uninitiated, are mutated monster hunters who train from a young age to kill deadly creatures for cash). Essentially, he fled a life of servitude in hopes of some respect (and money) hunting monsters, unaware of the harsh realities at Kaer Morhen, the bleak castle that serves as a training ground.

These scenes show just how brutal the witcher training is and use that as way to explore the different ways people react to trauma. Witcher stories often talk about how few candidates actually survive this process, and in Nightmare of the Wolf you can see why: young boys are forced to fight seemingly impossible odds in a nightmare swamp and, if they manage to survive that, subjected to a painful alchemy meant to enhance their strength and senses. Those who make it through can be grim like Geralt, or hide their pain under a lust for life like Vesemir.

The other half of the story follows Vesemir at the height of his abilities. (Witchers age slowly, so even though he’s a handsome-looking young man with a square jaw and mischievous smirk, he’s actually 70 years old.) At this point he’s renowned for his ability to slay tough monsters and is able to charge a hefty price because of it; one of the earliest scenes shows Vesemir in the bath, haggling with an elf over his fee, before deciding he’s too expensive. At the same time, though, monsters seem to be few and far between, creating a conundrum for Vesemir and his compatriots. As one witcher puts it, “we’re putting ourselves out of business with every monster we kill.”

As these two periods intersect, they shine light on a very pertinent relationship: namely between the witchers and the monsters they’ve sworn to kill. I won’t spoil anything, but Nightmare of the Wolf answers some questions that have been floating around on message boards for years about the origins of both hunter and hunted. And those new answers will likely change how you think about them both. Unfortunately, these revelations might be lost on newcomers, those who aren’t already immersed in the intrigue of the Continent.

The good news is that, revelations aside, Nightmare of the Wolf is still a blast to watch even if you’re coming in cold. The shift to animation means that the action is more fluid than ever, particularly when it comes to Vesemir slicing his way through beasts with an inhuman grace, all while making smart-ass quips. (The slick action shouldn’t be too surprising, as Nightmare of the Wolf was created by Studio Mir, the same team behind shows like The Legend of Korra and Kipo and the Age of Wonderbeasts.) Whereas combat in the live-action show and games can feel heavy and laborious, in the anime things are much faster and more dynamic, befitting Vesemir as the new lead. For Geralt, fighting seems like a chore. Vesemir has fun. That doesn’t mean the battles don’t pack a punch: Nightmare of the Wolf is incredibly violent. It’ll only be a few minutes in before you see dismembered limbs and gushing blood.

Nightmare of the Wolf manages to capture much of what has made The Witcher such a hit — a dark fantasy world, political intrigue, brutal action, buff men in the bath — but it does so without spending much time setting up the world. It assumes you already care. (This is especially true when it comes to the Big Twist, which won’t mean much if you aren’t invested in the universe.) So as fun as its gory action and plentiful one-liners can be, the movie can still feel like supplementary material — something to hold you over until season 2 finally drops in December.

The Witcher: Nightmare of the Wolf review: Netflix gets an anime spinoff - The Verge