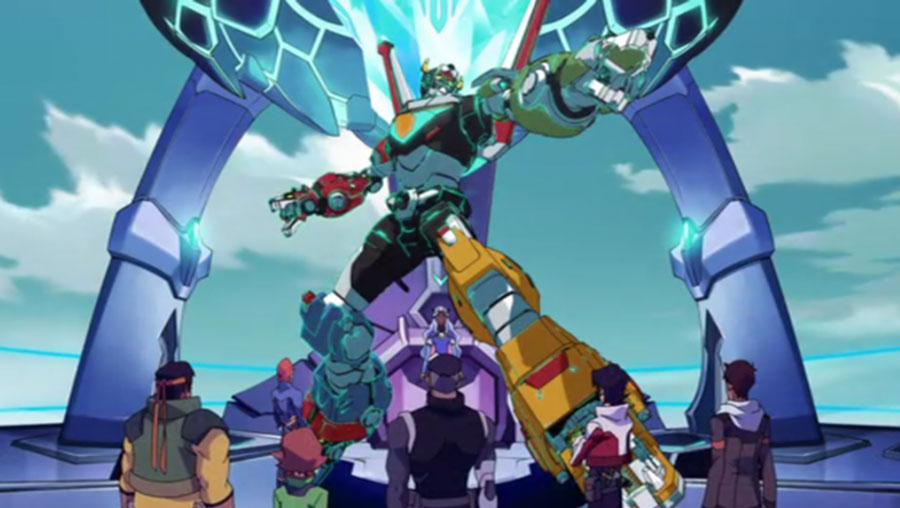 DreamWorks’ Voltron Legendary Defender is a master class in science fiction storytelling. It’s so much better than it has any right to be. That’s not a knock to the legacy of Voltron by the by, its just when you think of reboots of '80s cartoon shows, you don’t think breathtaking TV that utterly crushes all of its competition. Power Rangers wishes it had this level of world building. Star Wars wishes it was this funny. Every giant robot show ever wishes its action was this intense.
I’m not going to beat around the bush on this one. Voltron Legendary Defender is one of the best shows of the year so far. I don’t just mean for kids. I don’t just mean in animation. I don’t just mean on Netflix. I know I’m hyping this show all the way to the third dimension (that’s one for the hardcore Voltron fans in the audience) but allow me to explain why I’m giving it such high praise.
Voltron Legendary Defender avoids the main problem that plagues so much of TV today. The "oh, you’ve just got to get past the first few episodes" syndrome. Come on now, you’ve all said it about some of your favorite shows. Voltron hits the ground running with complex characterization and an economy of world building in its first 20 minutes that most shows can’t manage in their entire runs.
It doesn’t slow down. It doesn’t waste any time. Every moment of this series is filled with action, humor, and character development that all perfectly dovetails together.
The character development is the essential piece that makes the whole thing work. Sure, you can have a crazy huge universe and giant robot action, but if you don’t have engaging characters, it will fall flat. Voltron’s characters are such a delightful mix that play off each other so well in the various situations they find themselves in.
In fact, I love them all so much; it’s time to go through them one by one!
The scope of this series is off the charts amazing. With only 11 episodes we get the sense of just how much this team will have to face. Threats that won’t just take a few seasons, but could take 10-15 years if they really wanted to. This isn’t just a singular mission, it’s a war that they are woefully under classed to fight. As powerful as Voltron is, they’re still only one band of fighters. It is hinted there are more resistance groups out there, with the alien who shut down the force field at the end of the season probably being part of one.
I have no hesitation in saying this show could run for 30 seasons if they really wanted to. There is that much scope hinted at here. Hell, we could have a Star Wars level of mythos here. I’m talking enough to fill hundreds of books, comics, role playing games, radio plays, spin offs, everything. 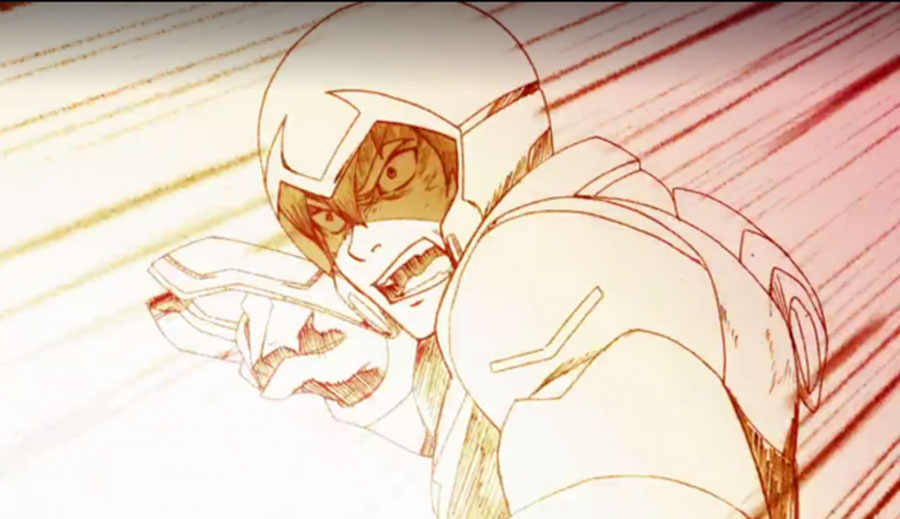 Which is astounding considering this could have so so easily been a formulaic monster of the week show that paid homage to original series. That would have been perfectly serviceable, but every level of this show took it a step beyond. This show is special and you can see the love put into it. It works on multiple levels, fun action and humor for kids, deep and complex characters for the adults. There are no excuses needed for it.
The action is astounding. That’s no shock coming from the team behind Legend of Korra, but the escalation of conflict is flawless. The team doesn't win any two fights the same way. Sometimes they need to form Voltron. Sometimes they need to fight with just the Lions. Sometimes they only need to fight as themselves. Each and every fight is dynamic and extremely well animated, as is true for the whole series.
It’s funny that a lot of mecha series suffer from a sense of repetition in their fight sequences, but Voltron changes it up but not rolling out the big guns all at once. They don’t even use the blazing sword in the first episode! That, again, takes some restraint. 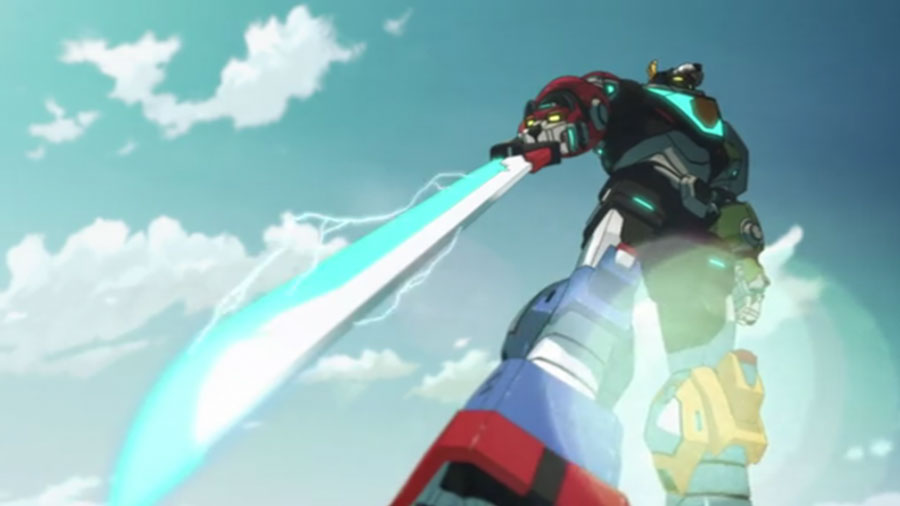 Yep, that’s Roy Fokker from Robotech/Macross in the background of the premiere and Pidge doing the infamous Gendo pose from Neon Genesis Evangelion.
If you’re somehow still on the fence about watching this show, just do it. And if you're reading this spoiler filled review before watching the series, shame on you! But seriously, you won’t be disappointed. It’s something special that doesn’t come around often in television. Voltron Legendary Defender is a true labor of love from top to bottom that’s actively striving to make a change for the better. The characters of Allura and Pidge are both fantastically updated to better reflect our world today, and nearly all the characters races are shown to not be white. We get that kind of progressive attitude with an amazing series for it to live in. I can’t get enough.
Voltron Legendary Defender is the show you’ve always wanted but never thought you’d get. Cherish it.