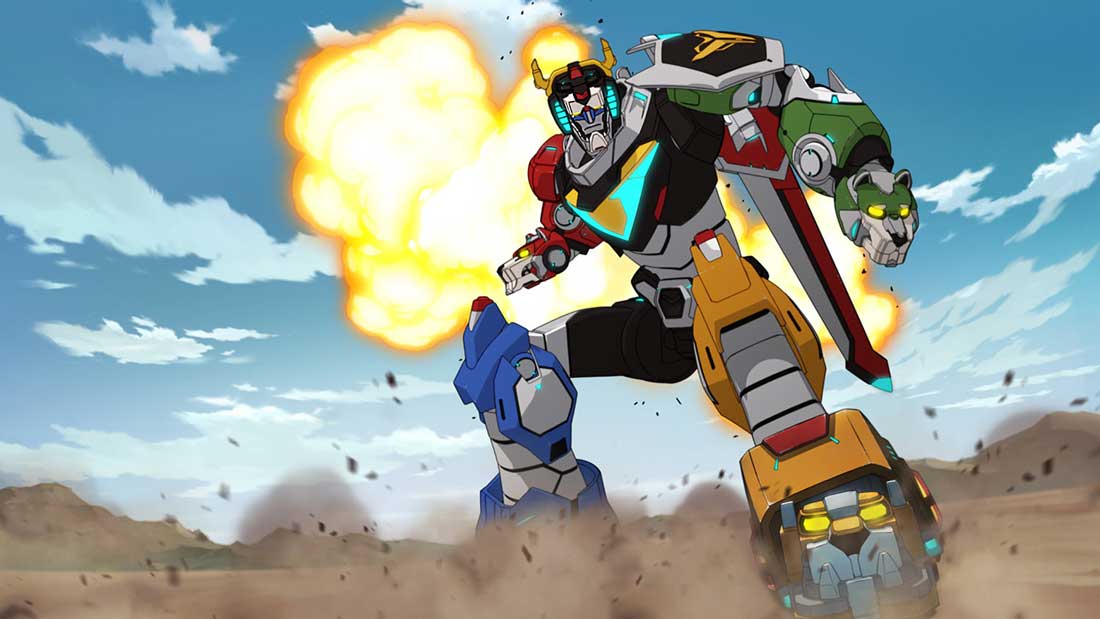 If you hadn't heard the news, DreamWorks Animation and Netflix are coming out with a new Voltron animated series called Voltron: Legendary Defender, which is officially set to drop on Netflix June 10. Earlier today, executive producers and Avatar/Korra alums Joaquim Dos Santos (executive producer), Lauren Montgomery (executive producer) and Tim Hedrick (writer) gave fans their first taste of the new show, which you can check out below:

The original 1984 series followed five pilots and their giant lion robots, which formed to become the super-robot Voltron. For Legendary Defender, the premise is pretty much the same, but with more serialized and character-driven storylines.

"I think the idea is that, when you watch a show like this growing up, you fill in the gaps that aren't necessarily there," Dos Santos said at WonderCon's Voltron panel on Friday. Essentially, their approach was to fill in the gaps of the mythology that weren't explored in-depth on the old show, while also paying homage to what came before. Voltron's design, for example, had to pass the artists' "squint test" -- that is, it could be tweaked and updated, but still had to be immediately recognizable.

In addition to the video preview, attendees were shown several clips from Legendary Defender, featuring the characters' early days as cadets, discovering Voltron for the first time. Korra fans will be happy to know Dos Santos, Montgomery and Hendrick have re-teamed with Studio Mir for the series' animation -- and as a fan of their previous work I can attest to Legendary Defender's stunning 2D visuals. (While most of the robots appear to be cell-shaded, the characters and environments look like they're hand-drawn.)

The new series also injects more humor into the characters, along with epic action and storytelling. Interestingly, Dos Santos mentioned that Voltron won't necessarily appear in all 13 episodes of Season 1, as the characters continue to grow and develop.